skip to main | skip to sidebar

All Killer, No Filler

Georgia Man Killed in Drug Raid Was Face Down When Shot in Head, Says Family's Lawyer
Posted by moi at 3:44 PM

I would like to know the percentage of these out-of-control, militarized cops who are Iraq/Afghanistan war veterans. Even aside from being generally antimilitary (he says, bracing for backlash from your general readership), I'm beginning to be anti-troops -- a position that will not serve me well in my inevitable congressional race. Who the hell would join the military these days, given that what we're really supporting is not freedom or democracy but corporate profits? Then people come back all right-wingy (not the good kind), bitching about things like jobs programs and socialized medicine, programs from which they just received honorable discharges.

About the only good that's going to come out of this is that the left and the right in this country are going to find some grounds for agreement. That, and Wall Street owning all the politicians and MJ legalization and a few other issues. While business gets done in the center, the center these days sucks.

Czar: Not as many as you'd think, honestly. This problem goes way back, starting pretty much with Nixon. And the Democrats have played more than their fair share of a role. Clinton's Drug Czar was a maniac—Obama's stimulus package gave millions to local police forces for SWAT and other militarized weapons. I've been shilling this book until I'm blue in the Face: Rise of the Military Cop. It's must reading, imperative to understanding the history of the militarization of our police force and what, if anything, we can do to reverse the trend.

Hmm, looks like another one in Waco? Depends on how you like your toast buttered. Me? Not so much live and let live, but certainly not firm with a side of state execution.

Amazing post with lots of informative and useful and amazing content. Well written and done!! Thanks for sharing keep posting.

So is possible that HIV Disease can be cured because I have been scammed so many times not until I came across this great man herbalist Dr Akhigbe who helped me at first I never believe all this comment and post about him and I was very sick because I have been infected with HIV/AIDS for the past two year,just last 2 months I keep reading the testimony about this man named Dr Akhigbe they said that the man is so powerful he have cured different type of diseases, I keep monitoring his post of some people about this man and I found out that he was real so I decided to give him a trial I contacted him for help and he said he was going to help me get my cure that all I needed to do was to send him money to prepare the medication after which it will be sent to me via DHL courier delivery services which I did to my greatest surprise the medication was sent to me he gave me instructions to follow on how to drink it that after  three weeks I should go for check up,after taking the medicine and follow his instruction after three weeks I went back to the hospital for another test, at first I was shocked when the doctor told me that I was  negative I ask the doctor to check again and the result was still the same negative that was how I free from  HIV VIRUS at of the shock I decided to come and share my own testimony with you for those who think there is no cure for HIV VIRUS the cure as finally come'  out stop doubting and contact Dr Akhigbe via email drrealakhigbe@gmail.com he will help you out you can also whats App him via +2348142454860 he is also perfect in curing DIABETICS,HERPES,HIV/AIDS, ;ALS,  CANCER , MALARIA , BACTERIA DIARRHEA, MENINGITIS,HEPATITIS A AND B,ASTHMA, HEART DISEASE, CHRONIC DISEASE. NAUSEA VOMITING OR DIARRHEA, KIDNEY DISEASE,, SCHIZOPHRENIA, LUPUS,EXTERNAL INFECTION, COMMON COLD, JOINT PAIN, OSTEOPOROSIS, RABIES RHEUMATISM, THYROID, GALLSTONE, COLD & FLU, DENGUE, HUNTINGTON'S DISEASE, PROSTATE, CIRRHOSIS, DENGUE FEVER, EPILEPSY,STROKE,TUBERCULOSIS ,STOMACH DISEASE. ECZEMA, PROGERIA, EATING DISORDER, LOWER RESPIRATORY INFECTION. etc believe me that deadly disease is not longer a deadly sentence because dr akhigbe has the cure.the godfather of herbal root.email: drrealakhigbe@gmail.com         whatsapp number.  +2349010754824 website: https://drrealakhigbe.weebly.com

Because Eve was framed.
And the Republic is dead. 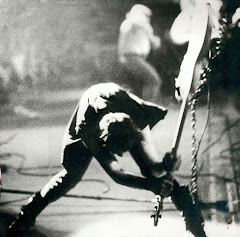 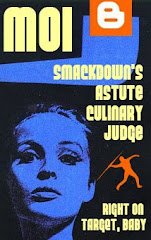 Lookee what Karl & K9 made Moi!

Some stuff, but not all of it.

Visit My Other Blob

Who's Checking In With Moi?